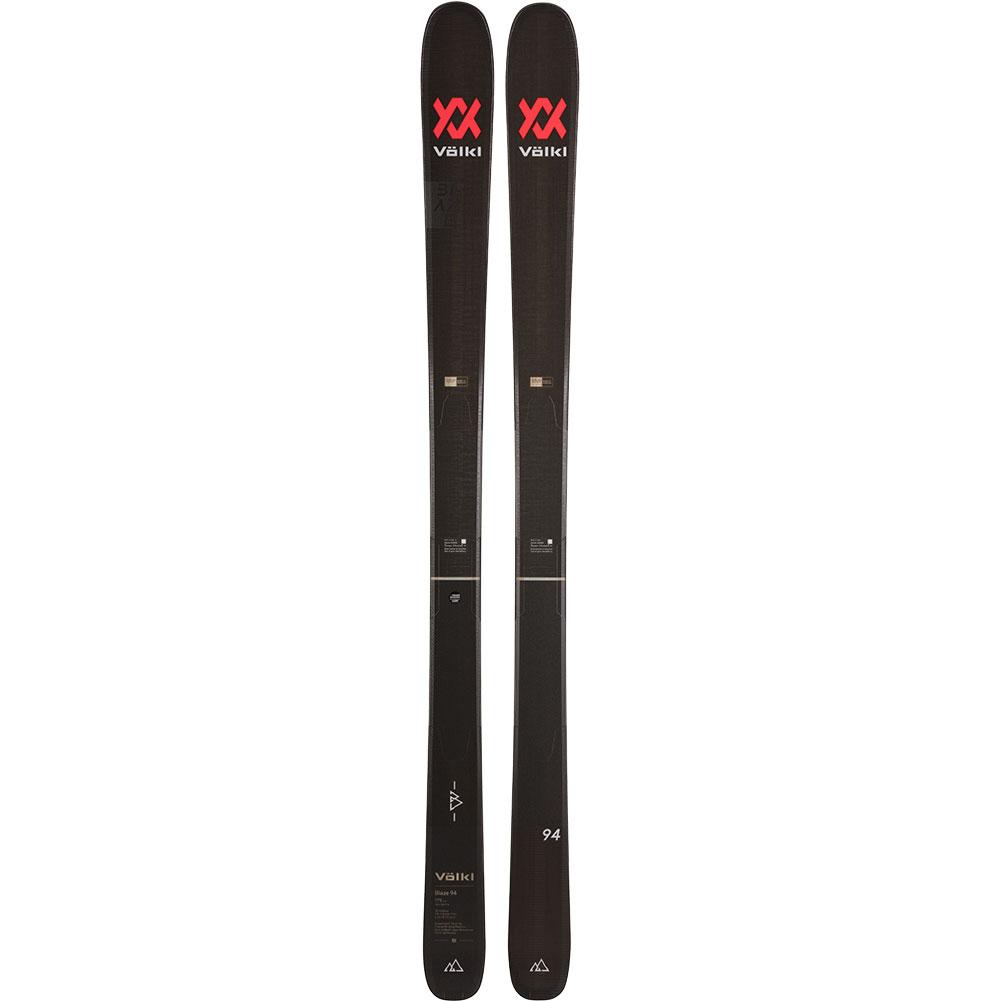 Do it all in deep snow – at 94 mm, this is a real master of every snow scenario.

The introduction of the Mantra marked the beginning of Völkl’s powerful freeriding ski line – for those who want to ride free without any restrictions but with all the control of a sporty all-mountain design. The new Blaze series adds a new dimension for intuitive freeriders who like performance but appreciate a playful, agile feel as well The Blaze 94 weighs just 1,566 g (@ 179 cm) and is a highly versatile ski for outstanding performance in almost any conditions.

A 0.3 mm thick Titanal binding platform provides direct power transfer and builds pressure quickly for a fast response when switching edges. The ski’s faster, more direct response is especially welcome in narrow and rough terrain – and takes less effort too. The secret largely lies in the 3D radius sidecut. The Blaze is designed primarily for short, fast turns, but its three different radii and tip-to-tail hybrid multi-layer wood core adapt to any riding style, however ambitious.

Another notable feature is the suspension tip. An elasticated, rubbery material on the tip and tail acts like a bumper, especially in wind-blown and tracked conditions, making the ski more settled and providing fantastic flotation.

The Blaze is popular for freeride touring too, thanks to its light weight. That’s why Völkl also offers Smart Glue skins tailored to each Blaze model.

***NOTE: DOES NOT INCLUDE BINDINGS***